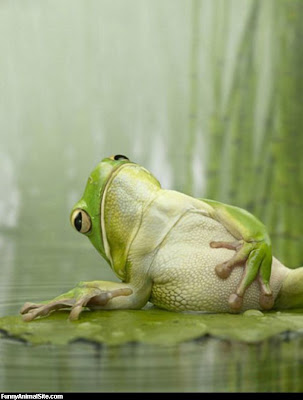 Good Luck on your Finals!
Posted by The Stevens' at 9:01 PM

The House on Mango Street by Sandra Cisneros

HW Every night you will be expected to read and write at least one vignette for the next day.

HW Every night you will be expected to read and write at least one vignette for the next day.
Posted by The Stevens' at 8:19 PM

15 min-Students should create an extensive Venn diagram, #1 from their Demian packet. They can work in pairs if they’d like.

15-20 min-students will respond to the Demian freewrite question (see below and attached) You can write the prompt on the board or make a handout.

Please respond to the prompt below. Write for 10 minutes without taking the pen from the paper. Write down all of your ideas and connections even if they don’t make sense at the time. YOU WILL NEED A BOOK.

Pretend you are a dream analyst (yes, people pay you lots of money!) and Sinclair comes to you to have his dream from the “Cain” chapter analyzed. Explain to him what his dream means as it relates to his life and struggles. Make sure to deal with each symbol. And if you feel like challenging yourself, explain his dream in Jungian terms.

15-20 min-students will share out their freewrite, either as a class or in small groups

Intro to The House on Mango Street
-2 week agenda culminates in mini-memoir
-outside reading options with assignments, choose reading groups

Annie John by Jamaica Kincaid:
Project-2-4 people-Magazine (1 editorial, 1 opinion , 2 ads, 1 poll, 1 book review)
Jamaica Kincaid beautifully delineates hatred and fear, because she knows they are often a step away from love and obsession. At the start of Annie John, her 10-year-old heroine is engulfed in family happiness and safety. Though Annie loves her father, she is all eyes for her mother. When she is almost 12, however, the idyll ends and she falls into deep disfavor. This inexplicable loss mars both lives, as each grows adept at public falsity and silent betrayal. The pattern is set, and extended: "And now I started a new series of betrayals of people and things I would have sworn only minutes before to die for." In front of Annie's father and the world, "We were politeness and kindness and love and laughter." Alone they are linked in loathing. Annie tries to imagine herself as someone in a book--an orphan or a girl with a wicked stepmother. The trouble is, she finds, those characters' lives always end happily. Luckily for us, though not perhaps for her alter ego, Kincaid is too truthful a writer to provide such a finale.

American Born Chinese by Gene Lee Yang:
Project-2-4 people-6 page Comic Book (explore another stereotype, create a hero, share a moral)
Indie graphic novelist Gene Yang's intelligent and emotionally challenging American Born Chinese is made up of three individual plotlines: the determined efforts of the Chinese folk hero Monkey King to shed his humble roots and be revered as a god; the struggles faced by Jin Wang, a lonely Asian American middle school student who would do anything to fit in with his white classmates; and the sitcom plight of Danny, an All-American teen so shamed by his Chinese cousin Chin-Kee (a purposefully painful ethnic stereotype) that he is forced to change schools. Each story works well on its own, but Yang engineers a clever convergence of these parallel tales into a powerful climax that destroys the hateful stereotype of Chin-Kee, while leaving both Jin Wang and the Monkey King satisfied and happy to be who they are. Yang skillfully weaves these affecting, often humorous stories together to create a masterful commentary about race, identity, and self-acceptance that has earned him a spot as a finalist for the National Book Award for Young People. The artwork, rendered in a chromatically cool palette, is crisp and clear, with clean white space around center panels that sharply focuses the reader's attention in on Yang's achingly familiar characters. There isn't an adolescent alive who won't be able to relate to Jin's wish to be someone other than who he is, and his gradual realization that there is no better feeling than being comfortable in your own skin.--Jennifer Hubert

The Lord of the Flies by Sir William Golding:
Project-3 ppl-webquest (locate an island, create a survival guide, bill of rights, and symbol)
William Golding's classic novel of primitive savagery and survival is one of the most vividly realized and riveting works in modern fiction. The tale begins after a plane wreck deposits a group of English school boys, aged six to twelve on an isolated tropical island. Their struggle to survive and impose order quickly evolves from a battle against nature into a battle against their own primitive instincts. Golding's portrayal of the collapse of social order into chaos draws the fine line between innocence and savagery.
Posted by The Stevens' at 1:39 PM